Ed Norman is the Head of the Children’s Environmental Health Unit for the North Carolina Department of Health and Human Services (NC DHHS). In this role, Ed manages several programs for the state including the Childhood Lead Poisoning Prevention Program (CLPPP) and the Asbestos and Lead-Based Paint Hazard Management programs.

Through the CLPPP, 150,000 children between the ages of 1 and 2 years old are tested for lead poisoning each year in North Carolina. For those that present elevated blood lead levels (up to 1,000 children per year), a home investigation is offered, and the child is monitored. There is a lot of data involved with this program and one of Ed’s main responsibilities is to conduct surveillance on both the blood and environmental data.

The Asbestos and Lead-Based Paint programs regulate contractors working on old houses to ensure lead-safe work practices are upheld and to reduce the public’s exposure to lead hazards. Asbestos management is a permitted process and agents working with NC DHHS typically get tips, complaints, or courtesy permits that aid in pinpointing a building project with potential asbestos issues.

However, for the Lead-Based Paint program, not all buildings or construction projects are permitted. One new strategy employed is to use local building inspection permit data to target renovation contractors who are working on older houses.

“We are essentially tapping into the permitting system to identify where contractors may be dealing with lead-based paint”, explains Ed.

The building inspection permit database has proven effective so far and has increased the renewal rate for certified lead renovation firms.

Ed is a veteran when it comes to environmental health. His years of experience in the field have given him perspective on pressing environmental health issues and fueled his passion for advocacy. Ed began his career studying chemistry at Duke University.

After graduating, Ed worked for the Student Rural Health Coalition where he organized health fairs for low-income communities in eastern North Carolina. This experience was an eye-opener for Ed. The work was based in Northampton County which was, socially and culturally, a segregated community. Traveling around the county, Ed was struck by the disparity between how folks were living from the “two sides of the fence” and it was this encounter that set the trajectory for the rest of his career.

He worked also with the local health department in Durham, designing and inspecting septic systems for residents who didn’t have access to sewer systems.

Ed earned a Master’s degree in Environmental Health from the University of Michigan at Ann Arbor and eventually enrolled in the PhD program for Epidemiology at UNC-Chapel Hill. Throughout his schooling, Ed built upon his experience in Northampton County, participating in a student environmental health project in Alabama and working with the Environmental Defense Fund. He eventually accepted an Epidemiologist position with NC DHHS where he has now been working for more than 30 years.

Advocacy is an important component of environmental work for Ed.

“Working within the state health department”, Ed says, “is an area where you can be an advocate and still be a state representative”.

This experience and thought process informs his decisions when it comes to environmental health. It also helps him tackle what he considers the most difficult aspect of his job: legislative issues. Oftentimes, the legislature is politically motivated, and it can be difficult to see progress made on pressing environmental health issues. Ed compiles technical information to respond to questions from the state legislature to better inform policy and local decision making.

While legislative issues are the most challenging part of Ed’s job, they can also be the most rewarding. The allocation of major funds in the legislature impacts future years of the CLPPP and Asbestos and Lead-Based Paint programs. Currently, there is a provision in the state budget where $150 million in federal funds are set to go towards lead and asbestos abatement in child care facilities and public schools. The direction of state funds towards environmental health programs such as these would allow Ed and his team to set up the programs to be self-sustaining moving forward and expand upon the work they have already done – reaching more people and improving more lives.

When asked what the most rewarding part of his job is, Ed responds without hesitation, “seeing the kids [impacted by lead poisoning] fare better because of our efforts”.

Lead poisoning can have lifelong impacts on children affecting IQ, development, and learning ability. Knowing that the interventions provided through programs such as the CLPPP are helping children overcome these deficits, motivates Ed’s work and is one of his greatest joys.

Ed has worked in childhood lead poisoning prevention for the past 32 years. When hired as an epidemiologist for the program in 1990, he had the pleasure of recruiting the original staff – essentially building the program into what it is today. As part of his current role as Branch Head, Ed is still heavily involved with the hiring process for on-boarding employees, and he considers it one of his primary responsibilities.

While he has multiple programs to manage, Ed has made it a real priority to be at every interview the branch holds.

He states, “It’s really important that we hire people who are self-motivated and good communicators. The most important part is getting the right people to do the job”.

Ed is proud to say that he has a great staff all around and can trust them to get the job done.

Ed was also one of the early members of the NC Lead and Healthy Homes Outreach Task Force. It began as a lead advisory committee that eventually grew into the large collaboration of local, state, and federal health and housing agencies that it is today. Ed states proudly that it has been a great partnership for the past few decades, allowing local and state agencies to share information and ideas to motivate positive change in North Carolina communities.

This year marks the 30th anniversary of the CDC’s Childhood Lead Poisoning Prevention Program, commemorating the decades worth of work that health departments such as NC DHHS and devoted professionals like Ed Norman have contributed to over the years. They display a legacy of work dedicated towards the elimination of childhood lead poisoning. 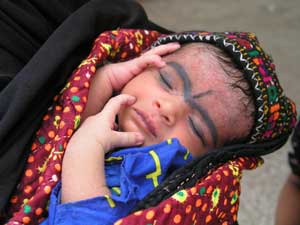